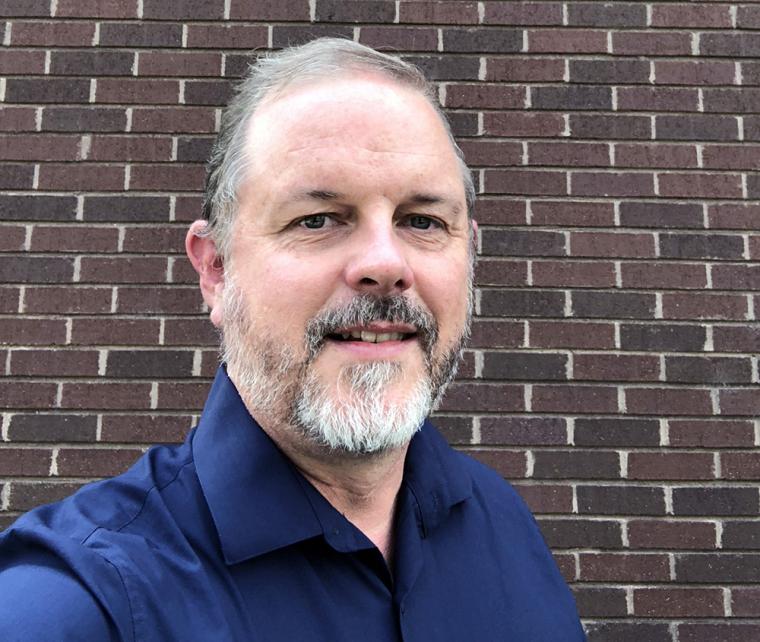 Exploring the technology of detecting rockfalls, one camera at a time.

After a bachelors, a masters and more than two decades of work in the industry, Edward Wellman’s passion has traveled a long way from its beginnings in the 7th grade.

Wellman, a Research Engineer at the Geoscience Center for Excellence, was raised in California. He decided that for his 7th grade science project, he would track down all the faults in his backyard. He picked up his map and his geology book and asked his dad to take the wheel. Together they drove through the San Gabriel Mountains and made their way to the Sierra Madre fault, then eventually the San Andreas fault. “That science project actually took me a pretty long way,” Wellman says.

Since then, geology had always been on his mind. However, it wasn’t until his junior year at the University of Arizona that he seriously thought about pursuing a geology related major. Despite having spent three years studying atmospheric sciences, he switched to his major to geosciences and went on get a masters in Geological Engineering at the University of Nevada-Reno (UNR) Mackay School of Mines. Wellman has been working in the industry since 1997, first as a geological engineer, then as a consultant, and now as a research engineer in the same university where his journey began. “We were all really impressed by him and his resume,” says Gillian Noonan, Senior Engineer at the GCE. “He’s like a fountain of geotechnical knowledge—his experience shows.”

With his new position here, he decided that going back to school would be a good idea. So, starting this coming fall, Wellman will not only be a research engineer for the Center and Principal for his independent consulting business, Independent Geomechanics LLC, but also a PhD candidate at the UArizona Department of Mining and Geological Engineering. “Having worked in industry gives me a new perspective and I’m going back into the graduate program here, so there's a lot I can bring to the table,” Wellman says.

Luckily, he doesn’t have to tackle his studies quite yet, and can focus most of his time on the grant-funded research that brought him to the Center: thermal imaging for rockfall detection. During his first six months, Wellman’s team acquired four thermal infrared cameras, put them on a research platform and called it the mobile monitoring platform, which is by a solar powered research monitoring trailer. The system was initially completed in January and has has been in its final configuration since the addition of the 4th thermal camera in March. “We've got all the cameras integrated and computing and we’ve had it deployed in open pit mines now for about four months,” Wellman says. “We’re on our fourth mine deployment right now.” The third deployment was at a mine in Colorado. The tests being done there are among the first steps toward creating a rockfall detection device that will someday alert crews about the mine’s movement.

Thermal imaging cameras are used detect a change in temperature, but how does that help detect rockfall? During the day the exposed area of rock walls heats up, leaving the layer underneath it slightly cooler. When part of the rock falls, it picks up dirt and creates a trail of colder temperatures behind it. The difference in temperature is what the cameras detect. During the day, using a visual or optical camera the rock appears pretty much the same color as the background, so it's difficult to see, but the thermal read allows Wellman’s team to see where rocks are traveling down the slope. The imaging is also especially helpful at night, when regular optical cameras can’t see in the dark.

Wellman and his team have been performing rockfall drop tests in order to compile data from the cameras. These tests have been as small as throwing a phone sized rock down the pit slope, or as large as releasing a large boulder from a loader at the crest of a 1,000 foot high slope. “The idea is to try and record as many rockfalls as possible to build a database. Then, take that information and develop a computer system or train a software algorithm to say, ‘here's a rock fall,’ and then send a text alert or an alarm,” Wellman says. This project will be Wellman’s focus for the next two years. He is hoping that more funding down the road will allow for further research into alarm function. “I’m excited to have this mobile thermal monitoring platform built and to actually start doing more rock mechanics and understanding some of the energy components of rockfall from a thermal perspective,” Wellman says. “It's an exciting time to develop new geotechnical monitoring tools for industry”

Faculty and Staff School of Mining and Mineral Resources