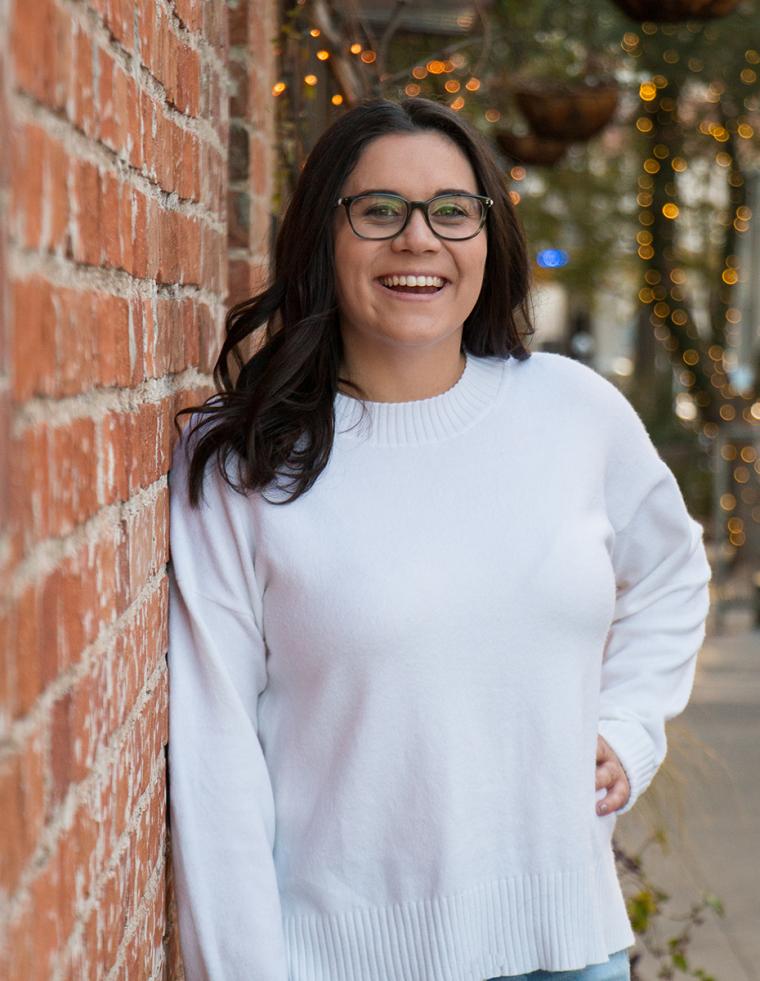 The Senior Student Mine Design team made history in spring 2021, becoming the first UArizona team to win first place in the annual SME/NSSGA Student Design Competition. (watch their presentation) The team was comprised of five students from the mining and geological engineering (MGE) department plus Sarah Huggins-Hubbard, an engineering management major with a minor in mining engineering. Huggins-Hubbard, who claims she spent about 80% of her time in the MGE department, was able to take the senior capstone class in mining engineering and thus participate in the competition.

Huggins-Hubbard is a 5th generation Arizonan, and mining has been a part of her family’s history for a long time. She found stories of her relatives going to the field interesting, but it wasn’t until she was into her freshman year of college that she truly fell in love with the field.

In high school Huggins-Hubbard was “good with numbers”, but was undecided what to study. After taking part in UArizona’s Summer Engineering Academy, she decided on engineering. During her orientation she turned to her mom and said, “I am not somebody who can sit at a desk, I want to talk to people, I want to be social!” She shortly considered to go into Law instead, when she learned about Engineering Management, a major under the branch of Systems and Industrial Engineering.

“I'm still getting an engineering degree, but the focus is on working on projects and understanding how to run multiple projects at once, as well as being able to communicate with different types of engineers that are working on the same project,” she says.

Giving it all at the student design competition

Huggins-Hubbard got involved in SME, the student chapter of the Society for Mining, Metallurgy and Exploration at UArizona. As the Vice President of Fundraising, she organized the club’s biggest yearly fundraiser in 2020 – despite Covid and in record time.

The Student Design Competition was yet another source of pressure. The competition partners with SME and NSSGA (National Sandstone and Gravel Association), and has two phases. After the proposals are submitted, the company “hires” whichever consultant had the best idea. Those same steps are followed to see which team wins this annual competition.

Phase one took place in the fall semester. The team of six seniors, Huggins-Hubbard along with classmates Will Peterson, Ryan Amos, Alex Contreras, Nathan Syers and Nick Overleas came up with a plan to help a mine in Tennessee plan for future developments. The team was asked to choose between two options. But after some long nights of research and deliberations the team decided that the mine was better off not pursuing either of the options.

“We came up with a creative solution,” Huggins-Hubbard says, “a hybrid between the two that we were given.” It was a risky plan. The team knew there was a possibility of being completely turned away for not following the prompt, but they advanced to phase two, in the spring semester. “We booked ourselves into a hotel, so we could focus on the project and make sure all our time was dedicated to that,” Huggins-Hubbard recalls. "We all gave 100% to the project, we were 100% dedicated to the school and to winning and 100% dedicated to each other.” When the results of the presentation were released she and the team realized they’d made history.

“We wouldn’t have been able to accomplish what we did without Sarah’s organization holding our unit together,” says team leader Will Peterson. “That, and her work ethic, acted as a glue for our team, it helped us believe in each other.”

Putting the education into practice

Huggins-Hubbard is graduating in May 2021. She will start a job in mid-summer with Kimley-Horn, a civil engineering firm she’s been interning with since her junior year.

“The mining industry is in a good place right now,” she says. “There's so much emphasis on stakeholders and the people that are involved in mining, and not just on finding an area with great geology and starting to mine.” Huggins-Hubbard wants to be a part of the shift to an emphasis on communities. She hopes to become a liaison between the mining companies and the communities to help them work together and understand each other through the mining process.

“Sarah has so much potential doing what she does,” says Dr. Ross, who teaches the MGE capstone class. “I would tell her to keep on following her path and she’ll do great things.”